“Bring the hoses?”In Arnold, a long road to recovery after a mayor’s terrible comment, and across Westmoreland, a hard lesson about choices for its future

Protestors calling for the resignation of Arnold Mayor Karen Peconi demonstrated outside before the city council meeting on July 10, 2018. 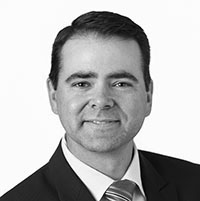 Phil Koch
is executive director of The Community Foundation of Westmoreland County.

It’s an unfortunate fact that most local elected officials win their positions by way of a small percentage of those eligible to vote. But holding office as a member of a school board, council, board of supervisors or mayor means something far greater than what is represented in a vote tally.

The person running for office has accepted the responsibility of being a leader. And wise leaders who don’t get a mandate for their projects and policy plans at the ballot box realize they need to do it on the public soapbox. They give speeches at community meetings, shake hands at sports banquets, mingle at neighborhood block parties and show their personal sides through social media. Their words help them become known to their constituents, which builds trust.

And then there are situations in which the opposite happens.

As a leader in community philanthropy dealing every day with challenges facing our region, I’ve been shocked at the news reports of racist-tinged comments from Arnold’s top elected official. That community, which tags itself the “Proud City of Proud People,” is in turmoil over Mayor Karen Peconi’s posts on social media.

Vile remarks she made on her Facebook page were directed to those protesting the shooting death of 17-year-old Antwon Rose by an East Pittsburgh police officer. “Bring the hoses,” she wrote, and included a video of a group of protestors being knocked down by water cannons –  reminiscent of what was done to many protestors during 1960s-era Civil Rights demonstrations.  When Peconi’s post circulated and led to a social media uproar, she removed her Facebook page and later issued an apology.

That didn’t stop public protests, which included circulation of a petition calling for the mayor’s removal from office. Peconi has refused to resign, but at a heated Arnold council meeting on July 10, members voted 4 to 0 to ask Gov. Tom Wolf and the state senate to remove her. The mayor abstained.

In the wake of these events, two regrettable assumptions about small communities in Westmoreland County have been reinforced: 1. It is acceptable to be racist here; and 2. If you are black, you are not welcome in this county.

I do not believe for one minute that residents of Arnold or the county support Peconi’s comments. The public outcry demonstrates they have higher expectations of those in office. This is not about conservative or progressive political ideology. It’s about human decency and elected officials living up to their responsibilities.

Many forward-thinking elected leaders are helping to develop the new county comprehensive plan, Reimagining Westmoreland. The events in Arnold tell us we have some tough questions to answer before our imaginations can take flight: How do we attract and retain families from a range of backgrounds, ethnicities and racial makeups? How can we shape Westmoreland’s culture so that all who are willing to make positive contributions feel welcome? I believe the answers will determine whether we are successful.

If the morality of this approach is not enough for some, then perhaps a reality check on the county’s future economic prospects will be the convincer.

Westmoreland is a county with stagnant population growth. During the next decade, deaths are expected to outpace births to the point of a 7,000 to 8,000 workforce shortage. If that looming crisis isn’t averted, businesses will move or shutter.

Changing the culture of the county to welcome people of all backgrounds and encourage everyone to have a stake in community development is not just the responsibility of officials working on the comprehensive plan. Each resident must be a billboard for the message that Westmoreland is a wonderful place to live and that all who are willing to contribute are welcome.

In blunt demographical terms, our county is homogenous to a fault – 97 percent white. The face of America is changing, and if we are to thrive as a region, we must rid ourselves of racist behaviors, elect leaders who bring people together and get on with recruiting a diverse workforce. The future of Westmoreland depends on it.